Introduction to Celo locked gold (CELO) and how to use validator elections to participate in voting.

This page references "Locked Gold". The native asset of Celo was called Celo Gold (cGLD), but is now called CELO. Many references have been updated, but code and smart contract references may still mention Gold as it is more difficult to reliably and securely update the protocol code.

To participate in validator elections, users must first make a transfer of CELO to the LockedGold smart contract.

Concurrent Use of Locked CELO​

Locking up CELO guarantees that the same asset is not used more than once in the same vote. However every unit of Locked CELO can be deployed in several ways at once. Using an amount for voting for a validator does not preclude that same amount also being used to vote for a governance proposal, or as a stake at the same time. Users do not need to choose whether to have to move funds from validator elections in order to vote on a governance proposal.

Celo implements an unlocking period, a delay of 3 days after making a request to unlock Locked CELO before it can be recovered from the escrow.

This value balances two concerns. First, it is long enough that an election will have taken place since the request to unlock, so that those units of CELO will no longer have any impact on which validators are managing the network. This deters an attacker from manipulations in the form of borrowing funds to purchase CELO, then using it to elect malicious validators, since they will not be able to return the borrowed funds until after the attack, when presumably it would have been detected and the borrowed funds’ value have fallen.

Second, the unlocking period is short enough that it does not represent a significant liquidity risk for most users. This limits the attractiveness to users of exchanges creating secondary markets in Locked CELO and thereby pooling voting power. 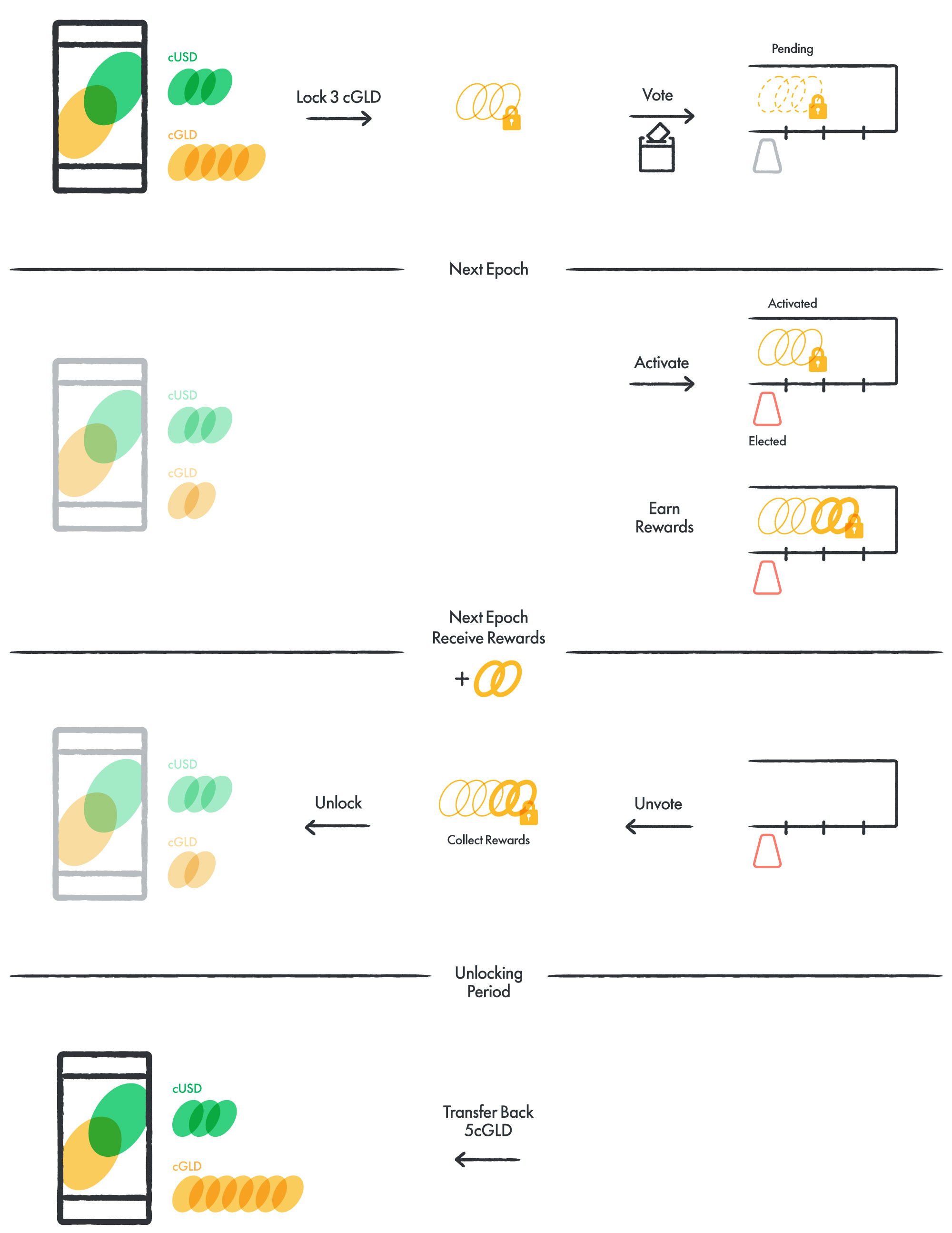 The flow is as follows:

Votes persist between epochs, and the same vote is applied to each election unless and until it is changed. Vote withdrawal, vote changes, and additional CELO being used to vote have no effect on the validator set until the election finalizes at the end of the epoch.